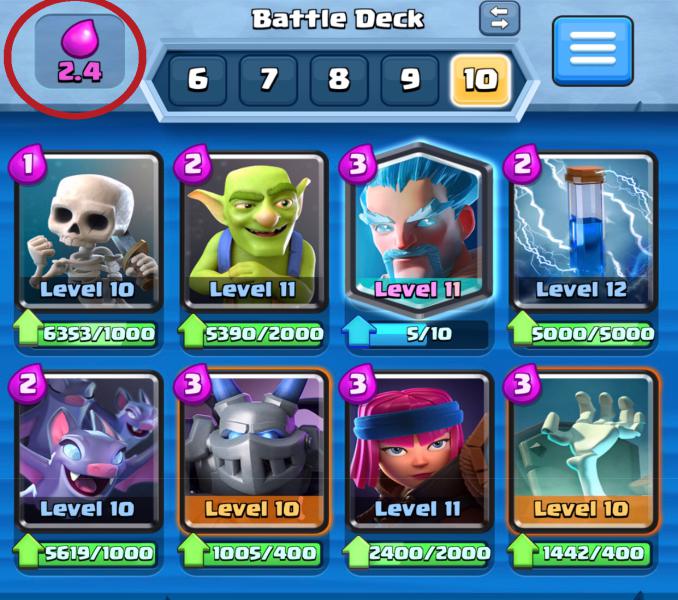 How to Build a Deck in Clash Royale

Clash Royale has over a hundred cards in the game, and selecting eight cards for the deck can not only be difficult but can also be overwhelming. Everyone can imitate a good deck and be satisfied with it, but understanding the foundation of building a deck, however, will make you more flexible when the meta changes. You need to match up the correct cards to create the most potent combinations and dominate the arena! Let’s see how you can build a deck!

Where do we build a deck?

To build a deck, Open Clash Royale and go to the cards. You will see the default arrangements of the decks there. Each player can have a maximum of 10 sets of battle decks. A player needs a deck of 8 cards before each battle.

How to build a deck?

Win Conditions are the cards that will create the most damage to the opponent’s crown towers. It should be at a high enough level, strong enough to be able to compete in your current arena. There are two things that you need to consider when selecting a win condition card;

•It should have a lot of damage capability. If the card connects with a crown tower, it should deal a severe amount of damage to it. Thus it should create offensive strength whenever you play the card.

Some of the best win conditions are; Graveyard, Lava Hound, Royal Giant, Royal Hogs, and Wall Breakers. There are many more possible win conditions.

Step-2: What kind of Playstyle do you have?

Now that you have found your win conditions, you must identify what gameplay you are more suited to. Do you want a fast deck repeatedly attacking the enemy? Do you want a slow deck that builds up force? Or do you want a balance of the two? It is up to you, but when choosing a playstyle, you have to consider the Average Elixir Cost as the maximum Elixir bar is only ten during the battle.

They all have pros and cons; you need to utilize every one of the cards for your victory. For example, if you want a fast deck, you will need to have cheaper cards; although it will cost you less, it is much more fragile.

Step-3: Remember to have counters for different types of troops.

Select troops that attack air troops, do splash damage, deal great single-target damage, and troops that do more than one at a time. These kinds of troops will help you eliminate different targets, may it be on air or land. You have to just basically look for an all around card in order to make your battle deck more effective. Some of these kinds are;

Step-4: Add a Spell or a Building card.

Spells have various uses; you can use them as a buff or support for your main unit, counter your enemy’s primary threat or completely clear out their supporting units. Some spells can also damage the crown tower; it can help deal significant damage to the opponent only when used correctly. So, you have to pick the right spells depending on the support your main unit needs.

While spells are good you can also add buildings for your defense as it is the most common use for them. You can block the enemy’s Win Condition cards using the buildings to prevent your towers from taking damage. Although most buildings cost a great amount of elixir, they can help in many ways; some buildings can also create a great deal of damage to the opponent.

Upgrading your card increases your advantage with your opponent. When you upgrade your cards, a proportional amount of stats are added.