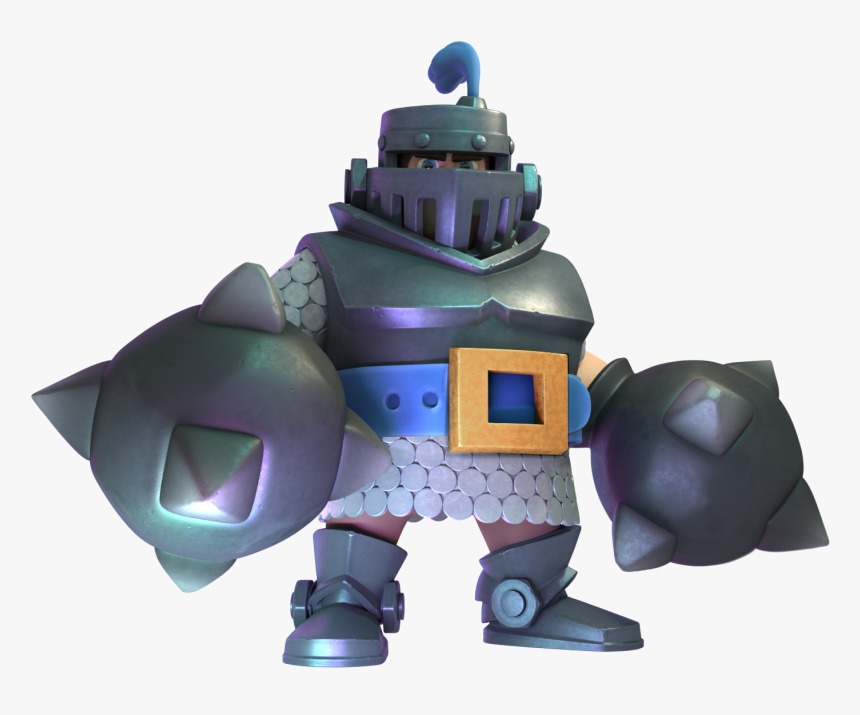 How to Counter Mega Knight in Clash Royale

He lands like a shooting star from the sky and destroys anything in the area. As the official release said.

then jumps from one foe to the next dealing huge area damage.

The myth as well as the vast community of clash royale say he is invincible. That is quite true if with tricky placement, timing and a good backup deck. Mega Knight’s spawn damage is almost equal to fireball. Let’s take a peek at his real specs under the heaviest armours and deadly weapon in hand.

Since its release on 8 September 2017, Mega Knight has been a top favourite in a vast number of decks. Ranking in Top 10 and still banging in the months of 2021.

According to stats, only 29 cards out of 103 can counter a Mega Knight effectively and elixir friendly.

On the other hand, Mega Knight seems to be good at being the nightmare of attacking troops! You have a sword? I’ll have balls! [In my hands, Haah!]

That seems scary. So you have nothing to do and just watch the opponent tough knight destroy your princesses and at last you?

Believe it or not, a successful battle in Clash Royale more depends on the placements and combinations as well as Elixir usage than Some random Builder wearing armour and calling himself legend! Let’s explore some highly tested and adopted strategies to help you understand the weak points and combinations that work effectively against Mega Knight!

One of the foremost rules countering Mega Knight is to place the troop no more than 3 tiles away from him. As an advantage, he won’t do the jump and bam! Thingy. To utilize this strategy, you can,

Use gound tanks combining them with the princess tour as backup damage, Mega knight won’t be able to finish them off before he dies!

But don’t use Ice Golem specifically, Because even if you kite the Mega Knight, he will have plenty of health left to finish off

Strategy Ni: Knight and the 40 Thieves

And by thieves, you already know what I mean, Yeah, those green little goblins!

Place the knight in front of him as the main attacking troops and goblin gang at his back as the backup damage, if he’s lonely enough and not gets any spell buffs, It will be his last day on the Arena [Well, Until next spawn at least]

You know what? Even Knight alone can take care of the Mega Knight [Eh, Mega you say] Because Knight’s attack speed is greater.

Strategy San: Bait by Your Side

A nice and slow bait, who doesn’t love it? While Mega Knight is walking [Or Jumping] towards your princess tower slowly, give a bait that is both slow and has higher hitpoints such as Giant or Goblin Giant.

While the giant is taking damage, your princesses will be raining arrows on him to turn him into dust!

Let’s say you got an anonymous tip from some random guy on the internet saying, “Surround him with Army and Swarms” and you just skipped ahead after this line.

While in the match, You spawned, Skeleton Army, Goblin Gang, Fire Spirits all around him [Or more worse 4 tiles away], with Mega Knight’s Area Damage and Jump Splash Damage, your whole swarm will be Poof! In minutes.

So make sure to use a tank or bait. Even better, if you don’t have a good deck at your hand to spawn, Just try to rotate and damage until you get a tank at your hand and utilize princess tour each time

Last but not least, you always have those bats, minions and the rest. To make it work, Spawn a slow tank or Giant, preferably Giant Skeleton which also attacks back as a bonus. And then you can put a night witch back of the skeleton or the Mega Knight to be protected from his splash Damage and her bats will do the rest!

Build Your Own Strategy

After experimenting with all the above strategies, thinking to invent a new one? Sure, Why not! Here are some points to keep in mind or simply weaknesses that Mega Knight has to build your next Anti-MK deck more efficiently.

That’s all folks! Rush into the arena and show your opponent, Mega Who? If you build a new legendary strategy to knock off Mega Knights, Let us know!