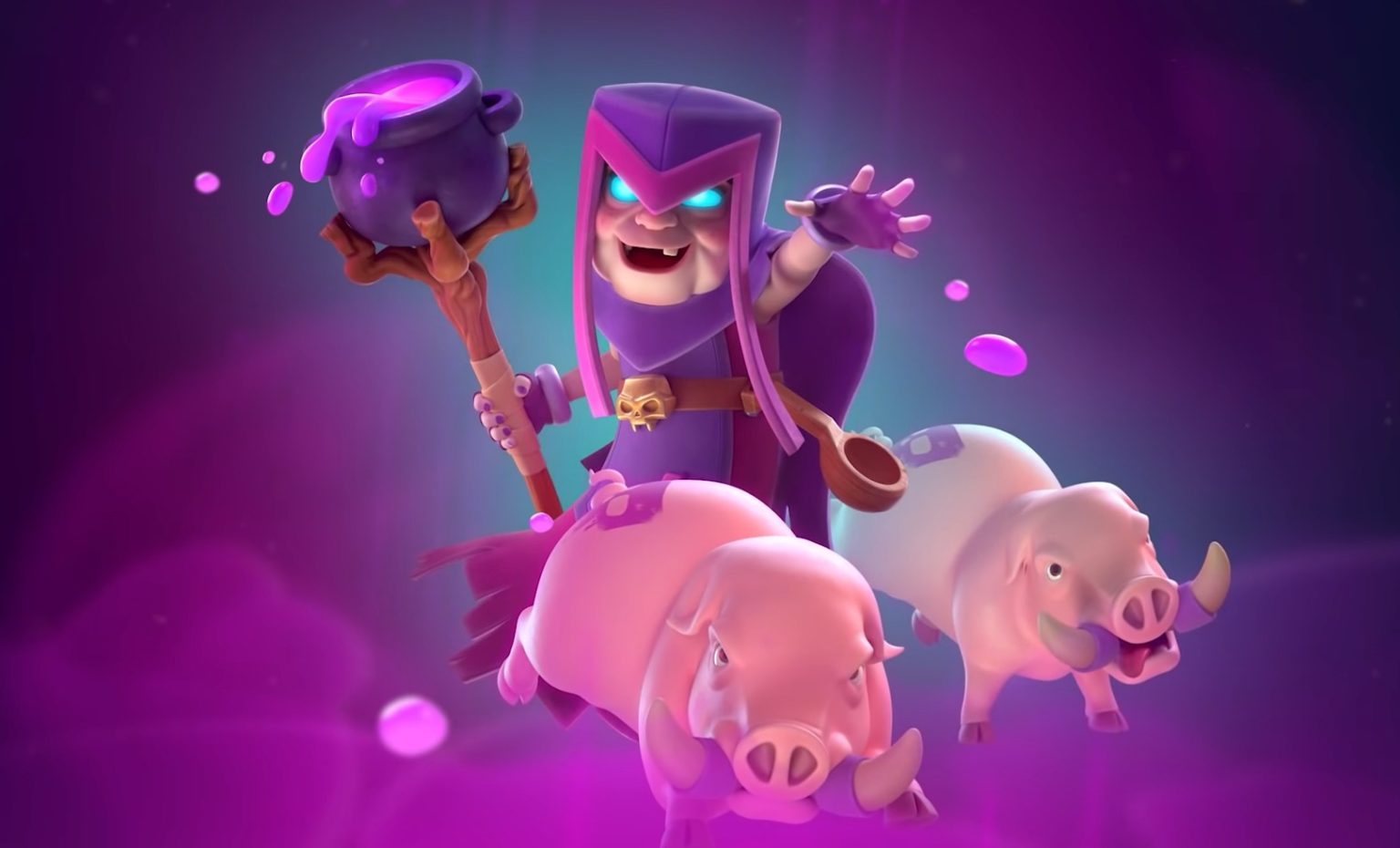 How to Counter Mother Witch in Clash Royale

The Mother Witch card is one of the most effective counters against small swarming units. Her ability to cast curses on troops who attack in swarms, not only helps her defend the towers, but the cursed pigs she spawns also serve as the tanks for her counter offence to the enemy’s tower. Having that said, we can understand the kind of threat the mother witch possesses against our friendly towers. In this article we will lay down the means and ways for you to counter the Mother Witch should she be used as an offensive troop against you.

Before we go ahead and lay out the counters to the Mother Witch, let’s familiarise ourselves with her strengths and weaknesses.

The Mother Witch card is unlocked from the Legendary Arena, which is the Arena number 15. She is a single-target, medium-ranged troop with moderate hitpoints and low damage and costs 4 Elixir to deploy. One ability unique to the mother witch is that when the Mother Witch attacks a troop, a curse is placed on it for 5 seconds. If the troop dies during the curse’s duration, a Cursed Hog will spawn, bearing slightly less health and damage than a Royal Hog. 25% less health and damage to be precise.

As mentioned before, the Mother Witch is a card that fairs better against advancing swarms. However, it must be noted that some of the best counters to a Mother Witch in offence, are swarm units.

The trick is to use swarming units which have relatively higher health per troops than others. For eg, using Bats to counter the mother witch will backfire fairly quickly. The low health bats would soon respawn as cursed hogs and storm your towers. So the question remains….

How to counter Mother Witch?

There are a number of ways you can counter a Mother Witch. However, one of the most effective ways to do that is by the use of Spear Goblins(and other Goblins as well). The Spear Goblins are almost universally available to players of all ranks and often are included among the most popular of the card decks.

In order to tackle the threat of the Mother Witch, follow the steps laid below.

Step I. Wait for your elixir count to up, enough to suffice your card’s cost.

Step II. Select the card and place it at the spot closer to the bridge and in range of the Mother Witch.

If placed properly, you can avoid taking any damage from the Mother Witch. As the sole Pig it would spawn will be taken care of by the remaining goblins.

Now of course, you can use other troops to defend yourself from the advancing Mother Witch. Some of which are:

Now there are many possible counters to the MW. Let us know which is the one you go to when you are facing one yourself. Happy Clashing!