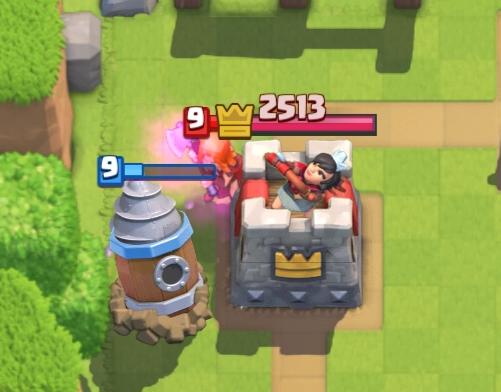 How to Get Goblin Drill in Clash Royale

Goblin Drill is a relatively new 4-elixir card in Clash Royale. The reason this card is so valuable is because of its unique mechanism.

So far, it is the only building card in the game that can be placed anywhere on the map. Yes, even on the opponent’s towers directly.

First, let’s understand its mechanics, and then we will show you how to obtain it.

Goblin Drill works similar to the Miner. You can deploy it anywhere on the map and it will drill its way through. And just like the miner, it is immune to all attacks while under the surface.

Once the goblin drill reaches its location, it spawns 2 goblins in total. And once the building is destroyed it spawns two more goblins. Hence, you get a total of 4 goblins at a cost of 4 elixirs.

This unique mechanism makes goblin drill such a valuable card. We all know that Goblins have one of the highest DPS (Damage per second) in the game. And the ability to spawn goblins directly at opponent’s towers is surely worth 4 elixirs.

Also, unlike the goblin barrel, the goblin drill can not be hard countered with just a log or arrows as it spawns goblins at intervals.

How to get the Goblin drill

The fastest way to obtain any new card is to complete the challenge that comes with the release of that card. But, we all know how hard that is and the challenge is long gone. So, here are few ways to easily obtain the card. But, make sure you meet all the requirements first.

Once you are in Arena 13, there is a chance of Goblin drill to appear in the shop. Check the shop daily as it refreshes every 24 hours.

Also, make sure you have at least 5000 gold coins saved up as Goblin drill is an epic card.

Goblin drill will also start appearing in chests when you enter Arena 13. Bigger chests, specifically epic chests, offer a greater chance of obtaining epic cards. So, open as many chests as possible.

Here’s a quick tip: Save up your big chests before you reach Arena 13, and open all of them together when you reach arena 13.

How to counter the Goblin drill

If you are in Arena 13 or near, you will start facing opponents that use the Goblin drill. And without the right cards, it can be pretty tough to counter.