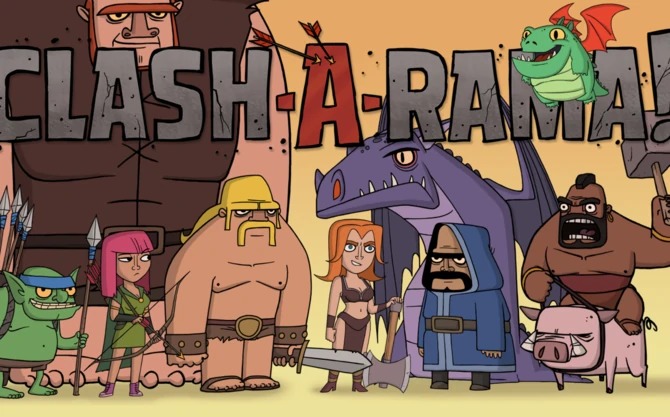 How to Watch Clash of Clans Cartoons

SUPERCELL and their witty humor always go hand in hand. The developers have always shown affection for their creations in the form of animated cartoons. And boy! Did the people love it!

Set in the world of Clash of Clans and Clash Royale, the show hosts the most popular characters from the games. And have been known to tease characters from one game to the other from time to time. This animated sneak peek into the clash universe bridges the gap between the players and the character of the game. It often shows the behind-the-scenes of what goes on in the villages and arenas. It is filled with humour and satire. And bring out the inner character of every troop.

The best description of ‘what to expect’, perhaps given by the developers themselves: “Ever wonder about that Giant who attacked a Wall instead of a Town Hall? Could someone in the Village steal a Loot Cart for themselves? Can a Wall Breaker fall in love with a Villager? Or would his bomb be jealous and try to break them up? From three writers/producers of the Simpsons, and animated by the studio that brought you Futurama, comes Clash-A-Rama!, an original series based on your favorite Clash of Clans and Clash Royale characters. Get up close and personal with the Clash Universe. Visit the Hog Rider’s Saloon, learn to build a Hidden Tesla or check out behind the scenes action in the Clash Royale Arena. You’ve never seen the Clash world like this!”

These animated ‘cartoons’ comprise of short sub-minute videos, full length episodes across two seasons and a handful of comic snippets.

Where to watch them?

Step I. Head over to www.youtube.com/clashofclans

Step III. Scroll through the playlists to find the Clash A Rama season wise playlists or other series of sorted playlists.

Step I. Head over to www.facebook.com/clashofclans

Step III. Scroll down to enjoy the shared Clash A Rama episodes.

Google Play: Follow the steps below to watch the Clash A Rama episodes on Google Play:

Step I. Head over to https://play.google.com/store/tv/show/Clash_A_Rama

Step II. Select the episode you want to watch and enjoy.

The third season however, was announced in 2019. Subsequent delays and the pandemic halted the production. It is expected to be released by the end of 2021. It varies from the other seasons as this season was promised to have longer episodes and more episodes. Even after prolonged delays, this season remains heavily anticipated.