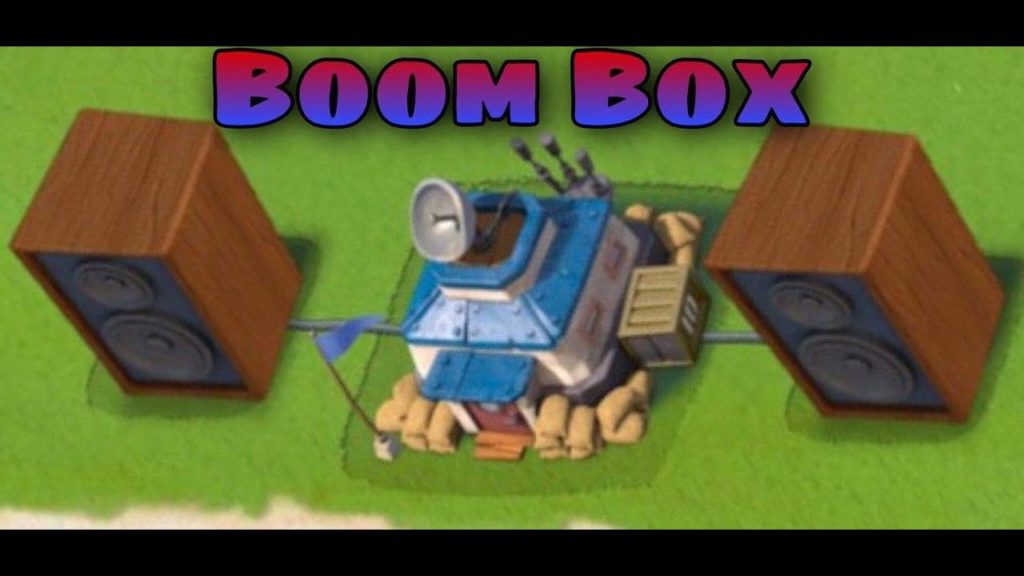 How to Get Boombox in Boom Beach

A part of the celebrations also featured the villagers wearing tiny hats.

Boom box: The book box, as previously mentioned, is part of the 10th anniversary celebrations of supercell. It is an aesthetic decoration building that players can place on their base.

The decorative nature of the building dictates that you cannot use it in any offensive or defensive role. It means that when under attack, the boom box would not aid in the defence of the village and when you attack a village with a boom box at its shore, your troops would not engage with it either.

Since it is an anniversary special decoration, the book box rings the signature SUPERCELL intro theme when selected. You can also use this feature while attacking enemy bases if they have one of the boom box in them.

How to get the Boom Box?

Since the boom box is an Easter Egg. The path to obtaining it is very procedural, and is available only if you perform the steps carefully. Follow the following steps to obtain the boom box:

Step 1. To obtain the boom box, you have to first look for the ‘Party island. It should be somewhere on the south eastern part of your map. If you are a new player, and are unable to find the island, I would recommend you that you explore the unexplored territories on the south eastern direction of your home island.

Step 2. Click on the “Party” button. After you have done that, you should notice fireworks bursting over the Party island.

Step 3. Zoom out and search for another island with celebratory fireworks crackling over them.

Step 4. Click the island with fireworks on it, and select the “Party” button again.

Repeat step three and four a couple more times until the fireworks stop.

After you have done the steps mentioned above, you can return to your home island. Then you can explore the ‘Decorations’ section of your menu and you should find a Boom Box in it. Now you can place the boom box anywhere you please in your home island.

Aside from the boom box, Supercell has time and again released time sensitive collectible decoration items to mark an event or to help celebrate milestones. Some of them are:

Beachmas tree: The Beachmas tree was one of the first decorative pieces offered to the players. It was released in 2017 and was available to anyone who downloaded the Christmas update of the game that year. The top half of a Beachmas Tree lifts up when tapped, revealing a camera that pans back and forth, evidently taking photos.