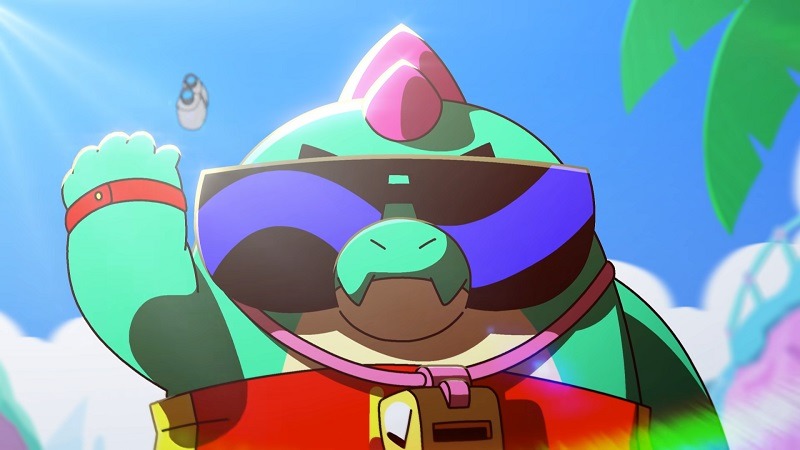 How to Play Buzz in Brawl Stars

“Buzz is the lifeguard at Velocirapids. He constantly scans for folks in trouble he can throw his torpedo buoy to, but his throws are rather overenthusiastic.”

Buzz is a chromatic brawler with a layer of cuteness and impeccable traits! He’s kind of a turtle don’t you think?

Or, you can grab it from the Brawl Boxes after reaching the Same Tier as above.

Let’s take a look at his powers which makes him a great brawler!

Here is a short follow up on the ability statistics of Buzz to get you through!

One wasn’t enough, Buzz launches 5 short-ranged high damaging soundwaves. It lasts for 0.9 seconds and spreads from left to right.

“Buzz throws out his torpedo buoy. If it hits an opponent or a wall, Buzz hauls himself over there, stunning nearby opponents where he lands.”

Buzz throws a buoy and pulls himself towards it also stunning his nearby enemies in a 2.33-tile radius

If Buzz moves behind an obstacle while using his Super, he goes through the obstacle.

On top of that, Buzz’s Super does not get distracted! Once grappled, the buoy moves with the enemy! However, Its Super can be interrupted if he’s pulled, stunned, pushed back, or knocked back while using his Super.

Strategies to Buzz with Buzz!

To hit all 5 Sound waves, you would need to move around the enemy in a clockwise manner. But there’s an exception. You can shoot the waves at point-blank that would get perfect damage!

But this strategy might be outmatched by Brawlers such as Spike, Bull and other closed ranged combat characters

If your enemy is fleeing from your target, you can grapple and stun them to finish them off with your high damage Sound waves.

However, Jumping off with low health is risky if another nearby enemy is roaming because Buzz can take damage while in the air!

Buzz does have a good balance of high damage attacks as well as a decent speed. But to add a juicier trait, It also has a sweet gadget called “Reverse Buoy”

Reserve Buoy Gadget is effective for emergency escapes without having a Super all charged up! You can also use it offensively by using it to catch up to your opponent faster or by using it as a Super at the start.

Even if the super isn’t enough to finish up an enemy, you can conveniently use obstacles that enemies are using and passively charge your super!

Buzz can stun and beat the enemy team if they’re grouped up with his wide-ranging and high-damaging attack. But Buzz becomes vulnerable after his first attack.

Still, another super is enough to defeat the whole pack!

So always be careful

That’s all the points to rock with Buzz! If used correctly, It can deal pretty good damage as well as fast like a ninja!

Do let us know about your strategy of using Buzz! Till then, Sayonara!